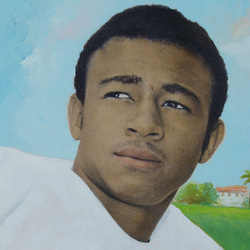 Tom was drafted by the Philadelphia Eagles in 1972 where he played for five seasons.  He spent his last professional season with the Cleveland Browns in 1978.