1995 President's Distinguished Service Award--Mr. Tony Segreto
Miami sportscaster and news anchor, Tony served as master of ceremonies for the UMSHoF Induction Banquet for many years and has been active in many charitable endeavors that benefitted the university.

1998 President's Distinguished Service Award-- Mr. Sonny Hirsch
Sonny Hirsch was the radio voice for the University of Miami Hurricanes for over 30 years.

2003 President's Distinguished Service Award--Judge Tom Lee
Judge Lee was one of the founding judges who established the University of Miami Sports
Hall of Fame and continued his support for over 30 years.

2005 President's Distinguished Service Award--Mr. Jay Rokeach
Jay has served more than 50 seasons as the baseball stadium voice of the Hurricanes, as well as having served as the football and basketball public address announcer and the Master of Ceremonies for the UMSHoF Induction Banquet for more than 20 years.

2007 President's Distinguished Service Award--Mrs Myrna Schneider
"Miss Myrna" was the secretary for the seven head football coaches for 37 years, from Coach Howard Schnellenberger to  Coach Al Golden.  She retired in the Spring of 2014.

2015 President's Distinguished Service Award--Ed Hudak
Hudak, a former Hurricanes football player, has served as the 'Canes head of football security and legal liaison for nearly three decades. During this time he has been a trusted advisor and confidant to the past six head coaches, as well as a mentor, role model and guardian angel to hundreds of student athletes. He currently serves as the City of Coral Gables' police chief.

Zagacki, who has been part of the South Florida sports scene for 40 years, began working Hurricanes games during the 1983 National Championship season. He has worked every possible broadcasting position: from pregame show, to sideline reporter, to color analyst alongside legendary Canes announcer Sonny Hirsch, and will begin his 20th year as play-by-play announcer this coming season. He also does play-by-play for Hurricanes basketball and baseball, having recorded the third most games called by any broadcaster in College World Series history.

Bailey, a former center during for the Hurricanes during the Howard Schnellenberger/Jim Kelly era, and a member of Iron Arrow, the Highest Honor Attained at the University of Miami, began his broadcasting career as a sideline reporter during the 1990's for five seasons and will begin his 20th year in the booth alongside Zagacki as the color analyst for Hurricanes football. With their broadcast of the Pinstripe Bowl game last December, Bailey and Zagacki called their 250th consecutive football game together as a broadcasting team. 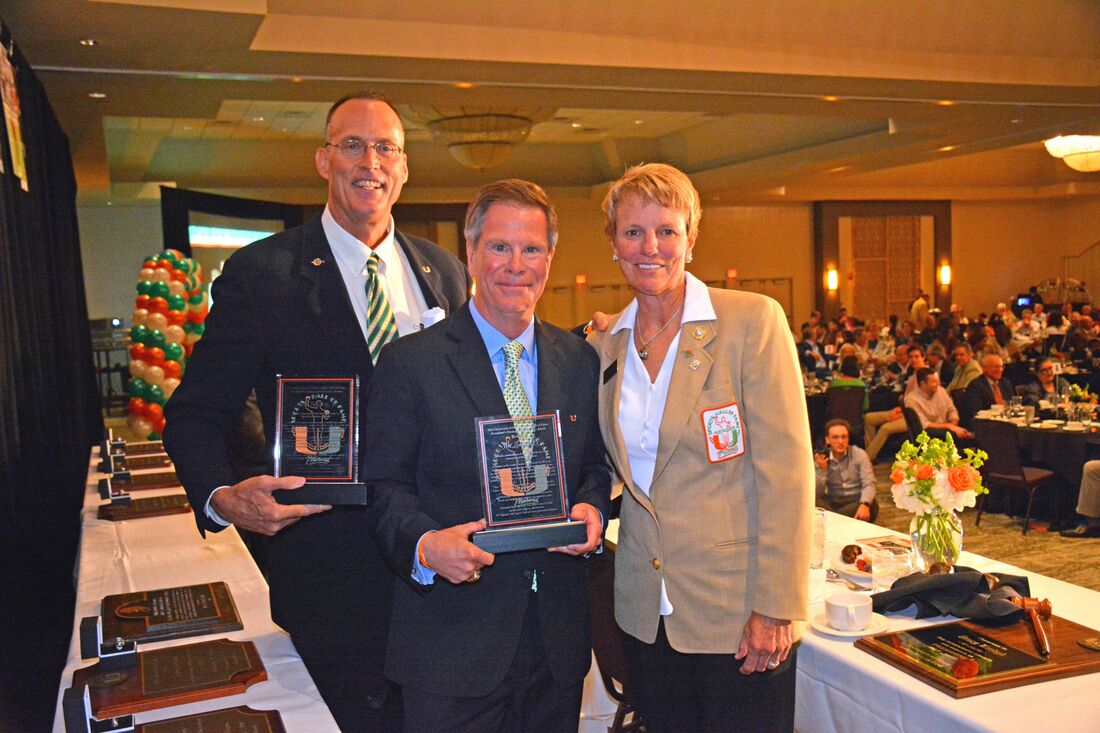