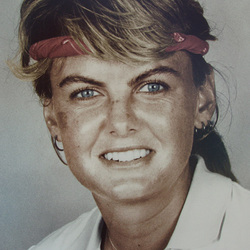 A three-time All-American, Ros Riach was one of the key figures in building the Hurricane women's tennis program into a national title contender during the mid-1980s. Riach compiled a four-year doubles record of 80-14 (.851 winning percentage) while playing mostly with partner Cathy Richmond. Her career singles record was an impressive 80-41 (.661) at UM.

Following her graduation, Riach returned to UM to serve as head women's tennis coach in 1989 and 1990. She is married to former Miami sports information director Rich Dalrymple, now the communications director for the Dallas Cowboys.