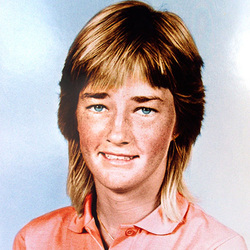 Lise Gregory earned an amazing seven NCAA All-American honors for her singles and doubles play during her career from 1984 to1987.

She teamed with fellow UM Hall of Famer Ronnie Reis to win the 1986 NCAA doubles championship.  Together, the tandem compiled an impressive 84-10 record over four years, while consistently being ranked among the nation's top five singles and doubles players.

Gregory was named to Tennis Magazine's All-Star team as a junior in 1986 and a senior in 1987.  As a professional, she was ranked as high as # 4 in the world in 1990 and collected 16 professional doubles titles.

She served as the women's tennis coach at Florida State University from 1997 to 2006 and guided the team to 7 NCAA regional appearances.  She is currently the head coach for both men's and women's tennis teams at UNC-Asheville.