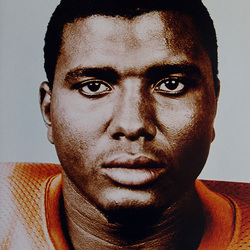 Lester Williams still holds the UM career mark for most solo tackles by a defensive tackle with 210.  As a senior in 1981, he had 76 tackles, five sacks and two fumble recoveries and was named an All-American by the Walter Camp Foundation, Kodak, Playboy, Mizlou, and Parade, which named him the national Lineman of the Year.

He was a first round draft choice of the New England Patriots, where he played on the defense with fellow UM alums and Hall of Famers Fred Marion and Ronnie Lippett.