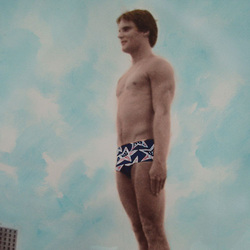 Greg was a member of the US Diving Team from 1976 to 1980.  Garlich finished his colligate career at UM and went on to receive his M.B.A. from Washington University in St. Louis.