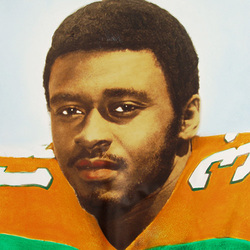 Fred Marion was awarded first team A--America honors by the United Press International, Kodak and The Football news in 1981. Fred held the UM career mark for most assista by a safety(151),  held the UM career mark for interceptions with 16 for 170 return yards and most consecutive games with an interception with 4, until Bennie Blades broke those records from 1984-1987.

In 1980 Marion led the team in interceptions with seven picks and was the second leading tackler on the team. A four-year letter winner(1978-1981), he was the leading punt returnerduring his career finishing with 62 returns  for 392 yards.

Fred was drafted by the New England Patriots in the 5th round of the 1982 NFL draft and four years later played in Super Bowl XX. He had a stellar career in the NFL and retired following the 1991 season. 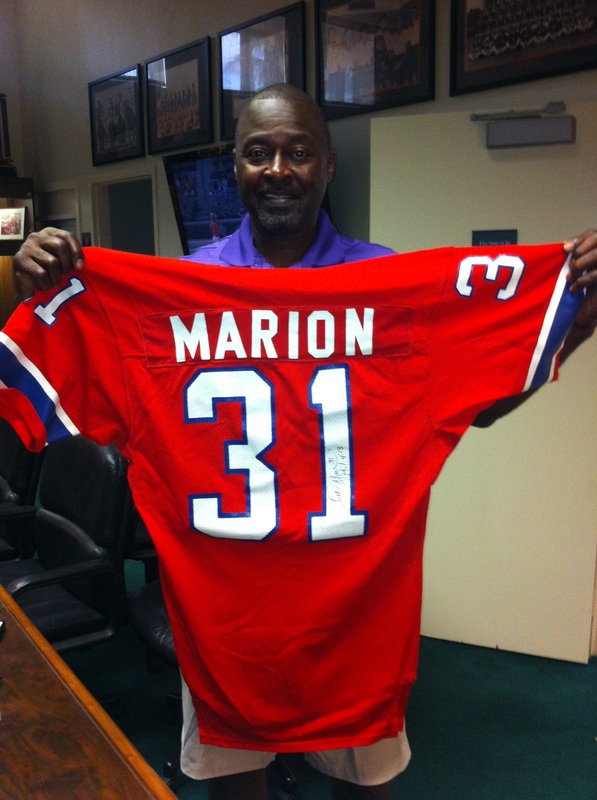 Fred Marion stopped by the UM Sports Hall of Fame on March 22, 2015 and signed his Patriots jersey that was donated to the UMSHoF by good friend Jeff Werner and is on display in the Hall of Fame.