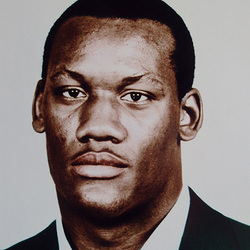 Dan Stubbs was a consensus All-American defensive end in his senior year of 1987 when the Canes won their second national championship.  He was one of three finalists for the Outland Trophy and one of 12 finalists for the Lombardi Trophy.

A second round NFL draft pick of the San Francisco 49ers, he also played for the Dallas Cowboys and the Miami Dolphins.