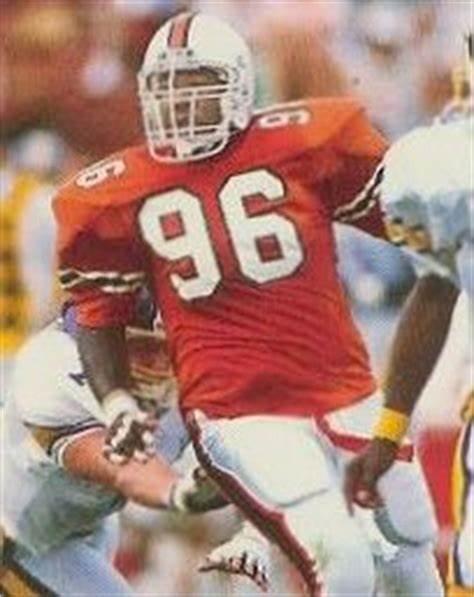 Cortez Kennedy hails from Wilson, Arkansas where he helped lead his Rivercrest team to the 3-A State Championship in 1985. In 1988, Cortez transferred to the University of Miami from North Mississippi Junior College, where his coaches declared him to be the  best defensive lineman in our league in 10 years.

As a senior defensive tackle in 1989, he emerged as a dominant force on what many considered to be the nation's top defensive line unit.  TEZ, started all 12 games at right tackle. Cortez' tenacious defense helped lead UM to a 11-1 season, a victory in the Sugar Bowl over Alabama and the 1989 National Championship in College Football. He earned second team AP All-American honors and was drafted by the Seattle Seahawks as the 3rd player taken in the 1st round of the 1990 draft.

Seattle converted Cortez to a nose tackle/defensive tackle, and he was named to the Pro Bowl in 1991. After 12 seasons in the NFL, Cortez retired after the 2000 season. In 167 games with Seattle, he recorded 668 tackles, 58 sacks, and made 3 interceptions.

Kennedy was voted NFL defensive player of the year in 1992, despite playing on a 2-14 team. He also was named to the league's team of the decade for the 1990s, voted to eight Pro Bowls, selected All-Pro three times and inducted into the Seahawks' Ring of Honor in 2006.