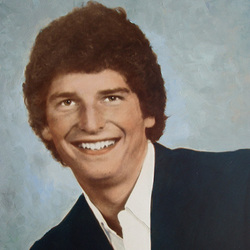 Bernie Kosar was instrumental in the University of Miami becoming known as "Quarterback U ".  Kosar threw for 5,971 yards and 40 touchdowns as quarterback in 1983 and 1984.  He is best remembered for leading Miami to its first national championship as a redshirt freshman in 1983.  Kosar was named MVP for his 300-yard passing performance in the Hurricanes 31-30 victory over the Nebraska Cornhuskers in the 1984 Orange Bowl Classic.

In 1984, he was a first team CoSIDA Academic All-American.  Kosar was a first-round NFL supplemental draft pick of the Cleveland Browns, a team he spent nine seasons with.  He finished his NFL career with 23,301 yards and 124 touchdowns.  In 1993, he was a member of the Super Bowl XXVIII champion Dallas Cowboys, and ended his career with the Miami Dolphins.