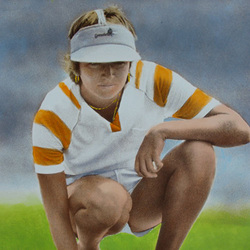 Despite having first played the game at the age of fifteen, Patti Rizzo quickly became one of the finest golfers to represent the University of Miami.